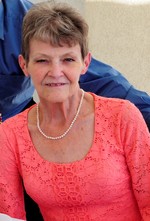 She was born on June 11, 1947 in Allport, PA; a daughter to the late Richard and Martha (Rasch) Kephart.

Carol was a 1965 graduate of State College Area High School. Carol enjoyed being a Mother and a homemaker, going dancing, spending time with her family and watching her grandchildren grow up, and just having fun.

She worked at Penn State University from 1990-2006, and previously at Riverside, BiLo, and Giant for many years while her children were growing up.

In addition to her parents, she was preceded in death by her brother Richard John.

Honoring Carol’s wishes, there will be no public services.

PA Simple Cremation in Clearfield is assisting with the arrangements.

A Celebration of Life in Carol’s honor will be held at the convenience of the family.

Online condolences to the family can be made at www.pasimplecremation.com.