To share your memory on the wall of David Rothrock, sign in using one of the following options:

Born on June 9, 1948 in Hazleton, Pa., he was the son of the late Clarence and Almeta Rothrock.
... Read More
David (“Dave”) Charles Rothrock 71, of State College, Pa. died on Wednesday April 15 at Geisinger Medical Center in Danville, Pa.

Born on June 9, 1948 in Hazleton, Pa., he was the son of the late Clarence and Almeta Rothrock.

On March 1, 1980, he married Michele McNary who survives at home. In addition to his wife, he is survived by two brothers, Scott Rothrock (Lori) of New Bern, NC, Paul Rothrock (Amanda) of Middletown, Pa. and two sisters, Sally Martino (Francis) of Weatherly, Pa. and Holly Rothrock of Hemet, California, along with seven nieces and nephews.

He was also preceded in death by a sister, Deanna Kresge (Edward) of Bear Creek, Pa.

Those of us who knew and loved Dave would describe him as a “one of a kind“ personality. He was a snappy dresser who sought out interesting patterns and color combinations. Generous to a fault, kind, compassionate and patient, he was also well known for his sense of humor and dry wit. He had the unique ability to come up with a nickname for just about everyone he met and eventually embraced the nickname his wife gave to him “The Lovable Curmudgeon”. He was a loyal and supportive friend and was proud of having maintained several decades long friendships.

Dave was a lifelong fan of the Detroit Tigers and the Dallas Cowboys- no small feat living in the middle of Steeler country. His status as a “super fan” was demonstrated in 1996, when he and his brother celebrated the Cowboys Super Bowl win over the Steelers in true “Dave” fashion- arriving at a local State College sports bar dressed in head to toe Cowboys gear.

But by far, what gave Dave’s life it’s purpose and meaning was his relationship with God. In 1976 he was baptized as one of Jehovah’s Witnesses, afterward spending five years in the full time time ministry. He was zealous about sharing the good news of God’s Kingdom, sharing in the public preaching work and conducting Bible studies, being used to help others develop their own relationship with God. This included serving as a spiritual advisor to inmates at Rockview State Prison for many years and living in Central America to support the preaching work of a small Congregation in Costa Rica.

Dave’s Bible based hope sustained him and he looked forward to the time when he, the earth and mankind would be restored to the condition God originally intended.

He is greatly missed and his friends and family look forward to seeing him again when all things are new. (Revelation 21:3-4)

To plant a memorial tree in honor of David Rothrock, please visit our Heartfelt Sympathies Store.

Receive notifications about information and event scheduling for David

There are no events scheduled. You can still show your support by sending flowers directly to the family, or planting a memorial tree in memory of David Rothrock.
Plant a Tree

We encourage you to share your most beloved memories of David here, so that the family and other loved ones can always see it. You can upload cherished photographs, or share your favorite stories, and can even comment on those shared by others.

Posted May 01, 2020 at 12:13pm
Ed and I have been greatly sadden to see you lose your life partner. The obituary was so beautifully written. I learned things about Dave that I never knew and it made me feel a little better to read about your wonderful life together.One humorous memory I have of Dave is the day I learned that he wore a toupee. You two had been visiting Bellefonte that day and I had not seen either of you for quite some time. I imagine my surprise when I wallked into the Hall and saw Dave....completely bald. My first thought was that he must have lost his hair due to an illness or something. You assured me he was fine and said he just decided to quit wearing his toupe You were quite surprised that I didn't know he wore one! Now I knew Dave , your " lovable curmudgeon " was also bald and quite handsome. Looking forward now to seeing him again in Paradise. Meanwhile, I'm sending love,hugs and prayers to help sustain you until the resurrection.

Posted Apr 30, 2020 at 03:00pm
My deepest condolences. I met dave at Highacres and we quickly became friends right through student teaching and beyond. He was an outgoing and funny guy. I remember the 240Z that he drove for a time. We lost touch when he began teaching. I'm glad that he lived a full life. I'm sure that he is fondly remembered by all who knew him.

Posted Apr 29, 2020 at 07:23pm
Dave and I were great friends growing up in Weatherly in the 60s. We would talk baseball for hours, him a Tigers fan and me a Dodgers fan. Over the years we would attend a game in New York of Philadelphia every season. In the later 60s and early 70s we would discuss football and he was always about the Cowboys and me the Dolphins. When he was in the service and stationed in Florida he would spend some of his weekends at my parents house who adored Dave. He was a funny guy and I remember that he used to assign a number to people, both males and females that he knew saying that is the number that they would wear if they were playing baseball. Unfortunately we lost contact over the years but I will never forget our friendship and all the fond memories of Dave. My prayers and condolences to the family. RIP Dave.
Comment Share
Share via:
K

Posted Apr 29, 2020 at 06:55pm
David was a kind and gentle man. He a was a good Husband and Nephew I loved his since of humor and the way he displayed his compassion for people. He will be missed. R I H love your aunt jean
Comment Share
Share via: 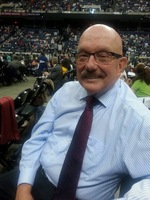 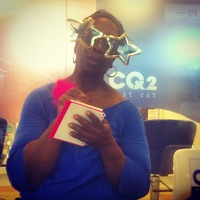 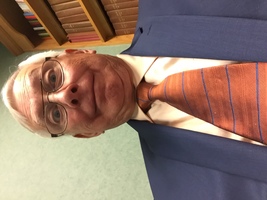