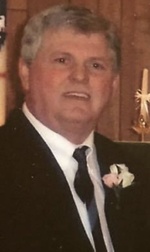 He was born on February 20, 1951 in Philipsburg, a son of the late Bernard and Margaret (Palinkas) Stover.

James enjoyed walking trails with his two dogs, Lucy and Sonny, shopping, watching his favorite football team, The Pittsburgh Steelers, and working in his garage.

He was Catholic by faith.

In addition to his parents, he was preceded in death by his grandson, Seth Gallaher.

Honoring Mr. Stover's wishes, there will be no public services.

Donations/memorials may be given to Area Agency on Aging Meals on Wheels Program.

PA Simple Cremation, Clearfield is in charge of the arrangements.