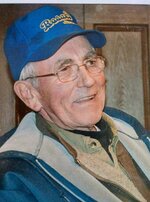 Joe is preceded in death by his mother Pauline Bosak, his father Joseph Bosak Sr., and a son Mike Bryan.

Due to Joe’s wishes, there will be no services.

Memorial donations to American Cancer Society or to the donors choice.

To leave a condolence to sign the on-line guest book, go to www.pasimplecremation.com.