We're sorry but the candle you have selected is currenty in the process of being purchased or has just recently been purchased.

Please feel free to select another candle or check back in 15 minutes to see if the candle you have selected has been released for purchase.

We're sorry but there are no candles available for lighting.

You have already begun a candle purchase session. If you would like to continue with your current candle choice please click "Continue" otherwise please click "Select Another".

In Memory of
Lisa
Bowen (Edwards)
Click above to light a memorial candle.

The lighting of a Memorial Candle not only provides a gesture of sympathy and support to the immediate family during their time of need but also provides the gift of extending the Book of Memories for future generations.

In the event that there is an error
in the information presented,
please contact the funeral
home by clicking here. 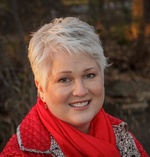 Two things were of primary importance in Lisa’s life. The first and most important was her son, Austin Richard Bowen. Austin was adopted from the Philippines by Lisa and her husband, Kevin, when Austin was nine months old. Lisa was a fighter for getting Austin classes and benefits that he needed. He played the cymbals in the State High marching band and the Penn State Pep band. Lisa was an ARC board member and was always very involved with activities that were available for Austin.

Secondly, Lisa loved to perform. She began violin lessons when she was five years old on a ¼ sized violin. She played in Billings’ school orchestras until she graduated. In addition to participating in orchestra, she was the Drum Majorette for her junior and senior years. Her music background gave her the training to lead the band and keep them “on the beat.” She was given a scholarship to AFS and spent the summer before graduating with a family in Turkey at their beach house on the Mediterranean coast.

When Lisa was a senior, she participated in the BHS Follies. She sang a duet with a friend and wowed everyone with her voice. Lisa obtained a violin scholarship from the University of Wyoming. The same thing happened when she was in a class there and she had to sing. Her performance medium was quickly changed to voice. Lisa finished her college years at the University of Idaho where she performed with the college orchestra at the Lionel Hampton School of Music. She also gave a senior voice recital. She was President of the Honors Music Fraternity at the University.

Following her graduation, Lisa and Kevin moved to Beaverton, Oregon. When living on the West coast, Lisa did a lot of dinner theater and stage productions.

The next move for Lisa was to Chicago. She sang with a small opera company. After adopting Austin the family moved to Libertyville, IL. Lisa joined the band, Country Storm, and began her country music career. She played the violin and sang.

State College, PA, was the next move. After getting Austin settled, Lisa worked in real estate and began looking for an opportunity in a band. Paul and Sam Confer were looking for a fiddle player and vocalist and so the match was made. Their group, Phase Two, entertained throughout the State College area. They often attended the annual Steel Guitar convention.

Lisa was involved with the Lutheran church wherever she lived. She lived a life that reflected her faith. She was always helpful and generous for her activities and Austin’s.

The family wishes to express their gratitude to Lois Confer and Jenny Yost-Lee for their extra-ordinary kindness and compassion.

In lieu of flowers, please send donations to The ARC of Center County, PA Inc., 1840 N. Atherton Street, State College, PA, 16803. Donations can be made online at taocc.org.

Provide comfort for the family by planting a tree in memory of Lisa Bowen (Edwards), please visit our Heartfelt Sympathies Store.

This Book of Memories brings those affected by loss together by encouraging communication and self-expression. By giving friends and family a special place to tell their stories and express their feelings of loss, it helps them care for one another during a very difficult time. Click on any of the links to the right to access features or information within this memorial website.