To share your memory on the wall of Merle Wilson, sign in using one of the following options:

Print
Merle Wilson passed away at home on September 13, 2020 after a battle with cancer. He was surrounded by his wife and children.

Merle was born to John and Hannah Wilson in a house his father built on his grandfather’s farm on Beaver Ro... Read More
Merle Wilson passed away at home on September 13, 2020 after a battle with cancer. He was surrounded by his wife and children.

Merle was born to John and Hannah Wilson in a house his father built on his grandfather’s farm on Beaver Road, Julian, PA, or, as he liked to say, “on the farm.” Born the fifth of eleven children, he grew up working on his family’s many farms, milking cows, plowing fields, and mowing hay. He loved horses and dreamed of one day becoming a jockey. Sadly, it was a dream never achieved as he grew to be too tall. He was one of a handful of people who could truly say he walked to school in a blizzard, luckily saved by a classmate after having gotten stuck in a snowbank. Graduating from State College High School in 1949, he once proudly admitted to having never completed the assignment to read A Tale of Two Cities, a feat later repeated by his daughter Theresa. In 1953, he followed in his older brothers’ footsteps when he was drafted into the military, serving in the Army until 1955. He was stationed in the freezing cold of Fairbanks, Alaska at Ladd Air Force Base, where he operated as a heavy artillery repairman maintaining 16 guns. He also performed a lot of KP duty, which he used as an excuse to get out of doing the dishes for the rest of his life. Upon his discharge, he travelled by train to the Lower 48 and then hitchhiked across the country back home.

In the spring of 1956, a good-looking woman driving by in a Jeepster caught his eye. Six months later, on October 13, he married her - Janice Wall, whom he called Liz, saying it was because she reminded him of Elizabeth Taylor. He often spoke of her early attempts to bake biscuits, claiming they were so hard that when he threw one at a nearby bridge, it collapsed. They purchased their first home in 1960 near Stormstown where they raised four children. Over the years, they renovated the old farmhouse and made additions to the property, including a fruit orchard and large garden. Canning and freezing vegetables was a yearly tradition and Merle was a true connoisseur of corn on the cob and apple butter. If instructions for removing the corn from the cob or schnitzing apples were not followed to a T, you would hear about it. The family kept many animals and pets, including a donkey named Jimmy, who refused to share the barn with the cows. When he retired in 1991, he worked with his nephew to build a new house in Julian, a few hollows over from where he was born. Merle prioritized the building of a large workshop first, saying it was necessary to have in order to then build the house. Conveniently, it would also hold the many tractors and tools that he would collect over the years. When the property was logged, leaving several roads through the woods, he put up handmade street signs named after his wife and children. He loved patrolling the woods either on foot, by tractor, or on his mule (not Jimmy). An avid hunter, he bagged many deer and turkey over his lifetime, and one black bear. With the help of his son Perry, Merle constructed a heated “shanty” and “high-rise” where they could escape the cold while “hunting.”

Shortly after returning from Alaska, Merle accepted an apprenticeship in the College of Earth and Mineral Sciences Machine Shop at Penn State University, where he worked until his retirement in 1991. He reached the highest-grade level for union workers. Working with Dr. C. Wayne Burnham, he invented and machined vessels used in geophysical research at Penn State and across the world. Nicknamed “bombs”, the vessels were employed to determine pressure rates and temperature properties of fluids under deep earth conditions. Merle’s precision, creativity, and skill in machining were crucial to the research of countless graduate students and professors. And yet, in over thirty years with the university, not once did he root for Penn State football.
His machining ability, combined with a childhood spent farming, resulted in a post-retirement love of John Deere tractors. He completely restored a 1957 John Deere 420 and loved nothing more than fiddling around in his shop. He anxiously awaited each snowfall when he could get out his John Deere 2020 and plow the driveway. Lacking snow, he would find other excuses to use it: a dirt pile that needed to be moved, a tree that needed to be cut down, a culvert that needed to be dug. A long-time commitment to Gravely tractors, instilled by his father-in-law, was abandoned late in life when he bought a Steiner lawn mower. His meticulous attention to detail resulted in weekly oil checks and cleaning, much to the mild annoyance of family who later took over lawnmowing duties.

Another love of his life was baseball. He coached his sons from little league through the American Legion league, where his daughter Jo served as bat girl. As manager, he won the VFW Teener League Pennsylvania State Championship in 1978 with the State College All-Star team. After his years in baseball, he coached in the Baileyville softball league, and decades later served as an assistant to his son Doug on his grandson’s little league team. Perhaps surprisingly, in all his years of coaching, he was only thrown out of one game, and it wasn’t even for swearing at the umpire.

Merle grew up in a family devoted to serving the country and community. A life-long Democrat, he served as Judge of Elections in Patton Township for over 20 years and later volunteered as a poll worker in Huston Township. As part of the Patton Township Lions Club for over ten years, he was the club President for two terms and spent many a fall working for the club’s concession stand at the Antique Farm Machinery Show.
Merle’s other hobbies included: playing poker with his niece or pinochle with his neighbor and throwing the coins or cards when he lost; suffering disappointment year after year at the hands of the Pittsburgh Pirates; hunting with his brothers and making up inappropriate little songs to pass the time; hating to travel but enjoying the destination; never failing to notice a nicely mowed field or well-kept farm or a group of rocks that could be used to build a wall; listening to George Jones; complaining incessantly about the hordes of squirrels and chipmunks that threatened to invade the house but never removing the many bird feeders that drew them in because Janice loved watching the birds.

A homebody, Merle always made the best of it when he was dragged out for excursions with family or friends, returning home with funny stories or new jokes to tell. He was good at starting conversations with strangers and often left them with a smile. Family events were spent laughing and playing games where he was usually the center of attention due to a well-timed curse word or inappropriate joke. Rarely one to keep his opinion to himself, he was nonetheless always there to help his family whenever they needed him. With his wit and smiling face, Merle touched many lives, and with his incredible work ethic, he leaves behind a meaningful legacy. He will be greatly missed.

A memorial service will be held at a later date. In lieu of flowers, the family kindly requests that donations be made in Merle’s name to Centre Wildlife Care at www.centrewildlifecare.org

To plant a memorial tree in honor of Merle Wilson, please visit our Heartfelt Sympathies Store.

Receive notifications about information and event scheduling for Merle

There are no events scheduled. You can still show your support by sending flowers directly to the family, or planting a memorial tree in memory of Merle Wilson.
Plant a Tree

We encourage you to share your most beloved memories of Merle here, so that the family and other loved ones can always see it. You can upload cherished photographs, or share your favorite stories, and can even comment on those shared by others.

Posted Sep 16, 2020 at 02:52pm
Sent with love and remembrance. I met Merle 74 years on the school bus to State College High before I met Charles. I cherish the many good memories.

3 trees were planted in the memory of Merle Wilson

Thank you so much Page ❤️
JC

Posted Sep 24, 2020 at 12:07pm
My favorite memories growing up are of spending the weekends with Tess at Uncle Merle and Aunt Janice’s farm house. I’m sorry my grandson, Waylen, never got to meet him however, I will see to him knowing who his great great great Uncle Merle was. He will be missed immensely. Love to you all.
Comment Share
Share via:
TW

Thanks Jennifer - he always loved visiting you and your family and making everyone laugh!
BP

Thank you, Bryan.
I

Posted Sep 18, 2020 at 09:04am
My deepest condolences to all Merle’s family. Merle was always one of my go to guys in the Shop at E&MS. I knew him as a designer/machinist who could always be counted on to come up with a solution to my problem.
Ian Harrison
Comment Share
Share via:
TW

Thank you Ian. He really loved what he did so it’s good to know his work was appreciated. 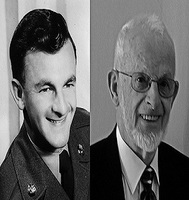 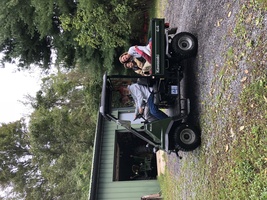