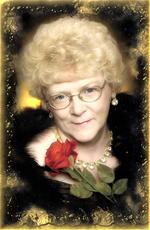 Patricia A. Charles, 73 , of Clearfield died on Sunday March 10, 2019 at the Ridgeview Elder Care and Rehabilitation Center, Curwensville.

She was born on April 28, 1945 in Clearfield, a daughter of the late Oliver and Viola (Kline) McCracken.

Mrs. Charles was a homemaker and took care of her family who she loved spending time with. One of her favorite things to do was go for rides on the mountain. She enjoyed telling stories about her childhood, as well as making sure her opinion was always known.

She was Catholic by faith.

PA Simple Cremation, Clearfield, is assisting the family with arrangements.