To share your memory on the wall of Raymond Brady, sign in using one of the following options:

Born on March 12, 1929, in Homestead, PA, he was the son of the late George and Marie (Kraft) Brady. Raymond met Sophia (Lecznar) Brady in 1961 while working as a lifeguard at his beloved Whipple Dam State Park in Huntingdon, PA. They were married in 1964; she succumbed to cancer in 1975. Raymond is survived by brother Donald Brady and wife Marylou; sisters Rita (Brady) Baker and preceded in death by Janice (Brady) Painter; he is survived by daughter Basia A. Brady and son Mark R. Brady.

Raymond graduated in 1947 from Taylor Allderdice High School in Pittsburgh. He served four years in the U.S. Navy. One of his best childhood friends, Ronald Wolk, who later became founder of Education Week, encouraged him to use the GI Bill to go to school. Raymond proceeded his high school education and studied at California University of Pennsylvania ‘54, Penn State University ‘58, Duke University ‘60, and University of Miami ’70 receiving his master’s degree in political science. By far his fondest educational experience was at Penn State starting in 1955 as a sophomore when he was a 26-year-old college veteran. The experience(s) of Penn State opened the door for him to pursue a career in academia. He befriended Joe and Andy, who were the maître d’s at the Tavern Restaurant where he worked. They frequently stayed at the Rathskeller through the night, after which they would have a breakfast of “Grilled Stickies” at Ye Olde College Diner.

Raymond started teaching at Miami Dade College in 1966, was tenured in 1970, and remained there for 30 years until his retirement. He taught political science with his distinctive flair of introducing students to a major theme in historical and contemporary thought and the ways of approaching political problems using theory. He was known in his department to challenge and energize his students in thought of human rights, political economy, feminist theory, religion and politics. When not engaging students, his passion was for water activities. He was an avid fisherman in both salt water and the freshwater canals of South Florida. He also fly-fished saltwater flats for bonefish, being an admirer of Joe Humphreys. He always loved the mountains and took his family camping to the northeastern mountains of Georgia.

Retiring in 1995 Raymond settled down to his favorite home in Pennsylvania, “Happy Valley”, Penn State University area. Upon retirement he fished the streams and rivers of Central Pennsylvania and even launched his own river boat until 77 years of age. His other outside activities he hiked the mountains, cycled the town, and walked the Pennsylvania 28th Infantry Division Memorial park in Boalsburg. He was a contributor to the Boalsburg Heritage Museum and the Pennsylvania Military Museum. You could also find him going to the State College YMCA for his brisk workouts and hanging out with friends to talk politics. He enjoyed watching Penn State Nittany Lions football, all Pittsburgh sport teams, and Duke basketball games. Most of all, Raymond loved learning and had an insatiable zest to gain knowledge through reading books. He enjoyed reading all sorts of books, from ancient history, to the great classics, to contemporary reads. He always believed that reading books is the key to enlightenment and opening your dreams. He had a successful retirement and was incredibly proud of living his life to the fullest.

Honoring Raymond’s wishes there will be a private service at the convenience of his family.

"In lieu of flowers, please make memorial contributions in memory of Raymond G. Brady to the Dementia Society of America by mail to PO Box 600, Doylestown, PA 18901, or online www.DementiaSociety.org/donate."

To plant a memorial tree in honor of Raymond Brady, please visit our Heartfelt Sympathies Store.

Receive notifications about information and event scheduling for Raymond

There are no events scheduled. You can still show your support by sending flowers directly to the family, or planting a memorial tree in memory of Raymond Brady.
Plant a Tree

We encourage you to share your most beloved memories of Raymond here, so that the family and other loved ones can always see it. You can upload cherished photographs, or share your favorite stories, and can even comment on those shared by others.

Posted Aug 18, 2020 at 04:05pm
I'm so sorry to hear of the loss of Raymond. Though I've never met him, I can tell he was a wonderful Gentlemen. I lift you all up in prayer. God bless Raymond. I pray that God's love comforts you during this time and always. Bree (I work with Mark)
Comment Share
Share via:
DS

Posted Aug 18, 2020 at 06:29am
Mark , even though I never met your dad . I seen him and met him through your eyes . I’ve known you for a bit . We are good friends . You were a good son by taking care of your dad . Every time I seen you you always talked about your dad . Not to many people can do what you did . Your a good friend . But most importantly a good son . Don’t ever forget any memories good or bad of your dad . I know this is a difficult time right now , but the friend I know is strong . Never forget that !!!
Comment Share
Share via: 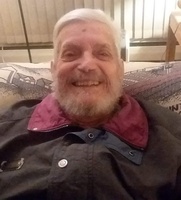 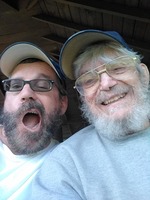 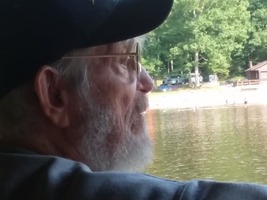 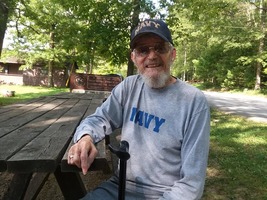