To share your memory on the wall of Walter Imler, sign in using one of the following options:

He was preceded in death by his parents Walter Henry and Nancy Martha (Kunsman) Imler, and his brother ... Read More
Walter Eugene Imler (Gene) born on June 18, 1936, passed away on March 28, 2020 at the age of 83 at Penn Highlands Dubois Hospital.

He was preceded in death by his parents Walter Henry and Nancy Martha (Kunsman) Imler, and his brother Tie Imler.

Gene spent most of his years in California, selling life insurance, hunting, camping and raising his family. More recently he relocated back to Clearfield making Denny’s Bar and Grill his favorite hang-out. He was always known to put a smile on someone’s face by coming up with a crazy phrase or joke. He was such a fun, likeable, person!

Survived by his former wife Bertha Grice-Imler (married in Clearfield on 6/9/1956), his daughter Peggy Imler-Steele and her husband Rich, his son Robert Imler, 4 grandchildren; Carleen, Ryan, Yvonne and Clarissa, 4 great grandchildren; Carson, Cadence, Chiara and Mallory, all residing in California, and his sister Diana Imler-Singleton, residing in Ohio.

As per Gene’s request, no services will be held.
Read Less

To plant a memorial tree in honor of Walter Imler, please visit our Heartfelt Sympathies Store.

Receive notifications about information and event scheduling for Walter

There are no events scheduled. You can still show your support by sending flowers directly to the family, or planting a memorial tree in memory of Walter Imler.
Plant a Tree

We encourage you to share your most beloved memories of Walter here, so that the family and other loved ones can always see it. You can upload cherished photographs, or share your favorite stories, and can even comment on those shared by others.

Plant a Tree in Memory of Walter
Plant a tree 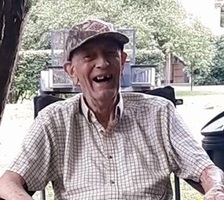