To share your memory on the wall of Terry Moore, sign in using one of the following options:

Terry was a 1966 graduate and class president of Clearfield High School. He also played trumpet with the marching band and played Taps for numerous veteran services with the American Legion. After graduating, he was in the Air Force at Pensacola, FL and after being discharged, moved back to Clearfield to work at the Clearfield Hospital in the X-Ray department.

He is survived by his wife, Janice (Payton) Moore; a son, James Moore; a brother, Robert Moore; grandchildren, nieces and nephews.

Friends will be received at the fire hall from 12-2 PM.

The family suggests memorial contributions to be made to Hyde Fire Hall.

To plant a memorial tree in honor of Terry Moore, please visit our Heartfelt Sympathies Store.

There are no events scheduled. You can still show your support by sending flowers directly to the family, or planting a memorial tree in memory of Terry Moore.
Plant a Tree

We encourage you to share your most beloved memories of Terry here, so that the family and other loved ones can always see it. You can upload cherished photographs, or share your favorite stories, and can even comment on those shared by others. 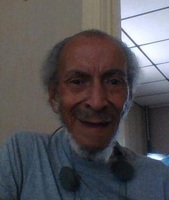